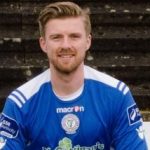 Two of the in-form sides in the First Division go head to head at St. Colman's Park on Saturday evening, as top of the table Finn Harps look to extend their unbeaten start to the league campaign to eleven games.

Only Wexford Youths have a better record in their last six games than these two sides who meet for the second time this season on Saturday evening. And it is a vastly improved Cobh Ramblers side that Harps will face at the weekend from the one they met at Finn Park in March.

In the build-up to that match, Martin Cambridge had left his post as Manager of the Ramblers and Anthony Wolfe was in care-taker charge as Harps ran out 2-0 winners with Wilfried Tagbo and Kevin McHugh on the scoresheet for the home side.

Since then though, Stephen Henderson - who led Ramblers to the First Division title in 2007 - has returned to the club and brought an upturn in fortunes. In his six league games back in charge at St. Colman's Park, Henderson has watched his side lose just once - that coming last weekend when they fell to a 1-0 defeat at Ferrycarrig Park against Wexford Youths.

“Cobh is always a hugely difficult place to go,” said Harps boss Ollie Horgan ahead of his sides 900km round trip on Saturday.

“Now with Stephen Henderson taking over it will be even tougher,” he said. “They have serious quality in Shane O'Connor, Kevin Mulcahy and Rob Waters added to very talented young players in Ryan Goldsmith, Stephen Kenny and Darren Murphy to mention just a few,” said Horgan.

Harps will go into the game with their first sign of an injury crisis in this campaign. Packie Mailey has yet to kick a ball in anger this season and Horgan said that the big defender is still a number of weeks away from forcing himself into the squad. Brian McGrory, who has missed the recent games against Cabinteely and Waterford, remains sidelined.

More worryingly, Keith Cowan, who had played every minute of every game so far this season, limped off with a torn hamstring in the 65th minute of last weeks victory over Waterford United meaning he will be on the sidelines for the foreseeable future.