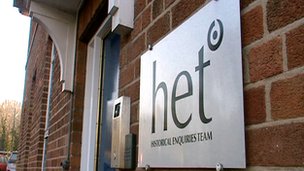 There will also be a separate examination of the activities of paedophile priest Brendan Smyth.

The inquiry has been investigating 13 institutions to date. However,two former homes in Derry - Fort James and Harberton House - will also be examined

Both Derry establishments were controlled by the former Western Health and Social Services Board and have since closed.

The HIA inquiry was set up in 2013 to investigate child abuse in residential institutions in Northern Ireland over a 73-year period, up to 1995.

In total, the inquiry is expected to hear from more than 300 witnesses during the course of the public evidence sessions.