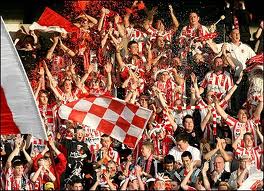 Both the players and management of Derry City felt that they had let down the fans after Friday night's 2-0 home defeat by Galway United.

Derry boss Peter Hutton knows that his team can do better.

Meanwhile, striker Cillian Morrison felt that all the players knew that they did not do enough on the field of play