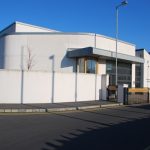 A Donegal judge has spoken of his fear of the prospect of people dying from a single blow.

Judge Kevin Kilrane, when sentencing an inter-county hurler, recalled that a young man in Co. Leitrim was assaulted with a single blow and he fell to the ground and was killed.

The Judge added: “This is the sort of thing that can happen. A victim can die of an injury in a fall to the ground after one blow.

Judge Kilrane was sentencing at Ballyshannon District Court a Donegal county hurler for a head-butt attack on a part-time soldier.

The hurler, Jack Mathews, 22, was sentenced to four months, suspended for two years, for assaulting and causing harm to part-time soldier Aidan McCafferty,

The court heard that in an altercation between two groups of young men outside a night-club in Bundoran last May 23 Mathews head-butted McCafferty who was on a night before his Summer camp finished next day at Finner Army barracks, near Ballyshannon..

The court heard that Mr McCafferty had two stitches inserted in his injured nose and he was still having difficulty breathing through his right nostril.

Mathews, a part-time catering industry worker of Lawne Park, Ballyshannon, admitted the offence and apologised to his victim in court. He said he was drunk and didn't know why he carried out the assault.