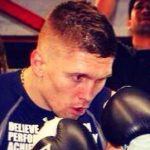 US based Jason Quigley will be back in the ring on Thursday evening for his sixth professional fight.

His opponent will be confirmed later tonight at the event press conference and weigh in.

In his first year as a pro all of Jason’s five wins have come within the distance.

Thursday’s fight will be his second in a row at the Fantasy Spring Resort in California.