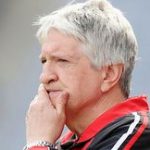 Derry Manager Brian Mc Iver is expected to be without five players for their Ulster Championship opener with Down on the 7th June.

Slaughtneil pair Patsy Bradley and Paudie Mc Guigan have achilles and groin injuries, Mark Craig is awaiting surgery on an ankle injury which could kept him out for four months while Emmett Bradley is also suffering from ankle issues.

Pj Mc Closkey is not available as feels he is unable to make the mark required for inter county football after tearing his cruciate in 2013.

The problems don't stop there, Eoin Bradley recently broke a bone in his hand during a Derry All County League club game for Glenullin.