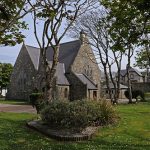 50,000 euro has been allocated for 18 projects in Donegal under the latest round of Heritage Funding which has been announced by the government today.

Among the projects being supported are the Raphoe Ulster-Scots Heritage Weekend and a cross border project to co-create street visions in Letterkenny and Derry.