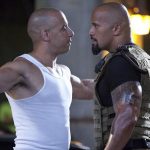 It was inevitable, but now it’s official. There will be an eighth movie in the Fast and Furious franchise, and it will be released on April 14th, 2017.

Vin Diesel made the announcement during Universal’s CinemaCon presentation. He paid tribute to co-star Paul Walker during the announcement. Vin Diesel said, “I swear to you and to my brother upstairs [Walker], we are going to make the best movie you’ve ever seen.”

Furious 7 acted as a fitting tribute to Walker and there was some emotional weight in the final scenes and in Vin Diesel’s voiceover. Where will the immensely successful series go from here?

Since it’s opening earlier this month, Furious 7 has grossed more than $1 billion worldwide. It managed to break the $1 billion milestone in just 17 days.

We’re sure that Vin Diesel will reveal more as shooting gets underway. He’s usually good for some insider knowledge. Until then, all we know about Furious 8 is that it will be released on April 14th, 2017.

In Short: Vin Diesel announced that Furious 8 will be released in April 2017. He also made a promise to Paul Walker that it will be "the best movie you've ever seen."