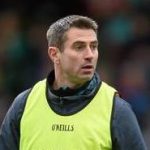 Donegal's championship preparations will not interfere with the county finals of this years Comortás Peil Na Gaeltachta.

Manager Rory Gallagher told today's Donegal Democrat that the county team's training camp will be held the weekend before the 17th of May Ulster showdown with Tyrone, ending speculation that it will be held over the May Bank Holiday and clashing with the finals in Ardara and also with All County League fixtures.

Following discussions with the CCC it was agreed the county team would go away from the 8th to 10th May which will allow for star games to be played that weekend.

On the team front Martin Mc Elhinney is expected back in training in 10 days time after picking up a groin strain in training, Stephen Griffin picked up a knock to the knee while Darach O'Connor is trying to shake of a knee injury.