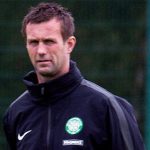 Celtic manager Ronny Deila  says it was important his team bounced back after their disappointing Scottish Cup semi-final exit.

Their extra time defeat against Inverness ended their hope of completing a domestic treble.

But Deila's side beat Dundee 2-1 in the Scottish Premiership last night - putting them eight points clear at the top.

And the manager was pleased to see the squad move on from their Cup disappointment.