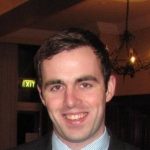 A Donegal Cllr has said it's time that the government acted on the youth unemployment crisis in the county.

New figures released show that there are almost 3,000 people under the age of 25 in Co Donegal unemployed.

And the statistics released by the Department of Social Protection also show 1197 of these people have been on jobseekers for more than one year.