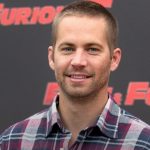 Wiz Khalifa’s tribute to Fast And Furious actor Paul Walker has become the quickest-selling single of the year.

The poignant See You Again, which features Charlie Puth on vocals, climbed 21 places this week with combined chart sales of 193,000, overtaking previous fastest-seller Love Me Like You Do by British singer Ellie Goulding from the Fifty Shades Of Grey film.

See You Again features on the soundtrack to the seventh instalment of the Fast And Furious series, which was released in UK cinemas at Easter.
It pays tribute to long-serving cast member Paul, who played Brian O’Conner in the smash hit films, and was killed in a car crash in November 2013 while the new movie was being filmed.

The track marks Wiz’s second appearance at the top of the Official Singles Chart after reaching the summit back in 2012 guesting on Maroon 5′s Payphone.

See You Again also sets a new streaming record, racking up 3.68 million streams in seven days and smashing past Love Me Like You Do.
There is another big climber towards the top end of the singles chart, with OMI’s Cheerleader jumping 25 places to two. The Felix Jaehn remix of the song was rush-released due to popular demand and also claims massive streaming numbers this week, totalling 2.63 million.

It is a Stateside chart double this week, with veteran musician Paul Simon’s greatest hits record becoming the week’s best selling album.
The Ultimate Collection, which coincides with his UK tour dates with Sting, marks Simon’s first number one album in 25 years, after 1990′s The Rhythm Of The Saints.

Meanwhile, James Bay’s Chaos And The Calm holds its place at two, while multi-award-winning Ed Sheeran’s x is at three. Sam Smith’s In The Lonely Hour is at number four for its 47th week, while a new entry from British guitar band The Wombats rounds off the top five.