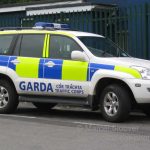 Gardai say a motorist was detected doing 117 kilometres an hour in an 80 km/h zone in Donegal during the EU wide Speed Enforcement Marathon which ended at 6 o'clock this morning.

It happened on the R237 between Newtowncunningham and the border at Killea, and was the fastest speed recorded on an 80 kilometre an hour stretch anywhere in the country.

Gardai say nationwide, almost 99,000 vehicles were checked, 659 of which were found to be speeding. That figure will increase as detections continue to be processed.