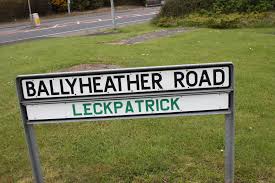 A suspicious object at the centre of a security alert in Strabane, Co Tyrone, was a viable explosive device.

It’s understood the item was discovered by a man walking with his two daughters in the Ballyheather Road yesterday evening.

Police and the Army bomb squad attended the scene and the road was closed overnight.

The security operation continued this morning but has now ended, after the device was declared to be “viable”.

Police have said the device could have caused death or serious injury to anyone close by if it had exploded.

And they have confirmed that the alarm was raised after a man walking in the area with his two daughters spotted the device and reported it.

It is believed it may have lay there for some time.

Anyone with more information about the device is asked to contact detectives in Strabane on the non-emergency number 101.

Police are following all lines of enquiry.