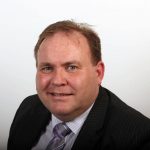 The members of the Letterkenny Municipal District have committed themselves to supporting the Lough Swilly Ferry, which will shortly be going to tender.

The service didn't run last year after the previous operator said the subvention available from Donegal County Council was not enough to make the service commercially viable.

Mayor Cllr Michael Mc Bride says the Swilly Ferry is one of three strategic projects included in this year's Strategic Development Fund, and he's hopeful the financial commitment will help get it back on the water.

Yesterday, the Letterkenny Municipal District members distributed 200,000 euro under the Strategic Development Fund, with over 100 projects and groups being funded.