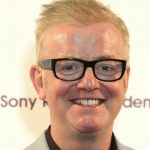 Chris Evans is bringing TFI Friday back to Channel 4 to celebrate its 20th anniversary.

The show was a huge hit though it regularly courted controversy – notably when guest Shaun Ryder swore and was subsequently banned from appearing on the channel again.

Plans for the special programme are being kept under wraps, but Chris said last year that TV bosses had approached him about doing the show.

Chris said: “Channel 4 have asked us to do a TFI Friday 20th anniversary show and/or run next year. I was completely bang up for it until I did the maths last week and had to phone them and say it’s only 19 years next year, it’s actually 20 years the year after. I think they still want to go for it and just hope no one notices.”

Chris has since returned to radio and his breakfast show on BBC Radio 2 is the most popular in the country pulling in almost 10 million listeners.