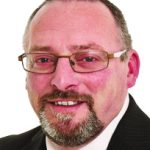 The levy which in recent years was charged on new developments by local authorities throughout the country is now to be transferred to Irish Water because of a vesting order which was signed by Minister Alan Kelly late last week.

Cllr O'Fearraigh says this is another blow to the council and will hinder funding for other services in the county.................