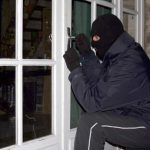 Police are appealing for information following a burglary at a house in the Gleneagles area of Derry.

At approximately 5 am, this morning two men entered the house and when confronted by the occupant left.

It is thought they took the keys of a blue Octavia Skoda and returned later and made off in the car.

The car was  later discovered extensively damaged by fire at around 8.15 am  in the Earhart park area.

Detective Constable Tony Douglas is appealing to anyone who may have seen this vehicle or noticed anyone acting suspiciously in the area to contact Detectives at Strand Road on the non-emergency number 101.

Or, if someone would prefer to provide information without giving their details they can contact the independent charity Crimestoppers and speak to them anonymously on 0800 555 111.