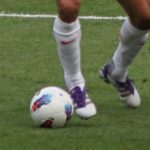 Derry side Institute have been relegated from the Irish League Premiership.

The drop was confirmed this afternoon when the Drumahoe club lost at home 2-1 to Ballymena United.

Saturday’s defeat was their twenty fourth of the season.

Stute have struggled through the campaign with just four wins and the last of those was on October last year.

Having gain promotion this time twelve months ago Institute drop straight back to the Championship.