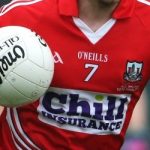 Cork have named their team ahead of the National Football League semi final with Donegal.

Not surprisingly, they made several changes from the team that met Derry last Sunday in a league game that really counted for little.

They have brought back a number of their regulars including James Loughrey, Eoin Cadogan, Jamie O'Sullivan and Fintan Goold.

They make seven changes in all - but Paddy Kelly is out with a torn calf muscle.

No team news from the Donegal camp but Michael Murphy is expected to return from suspension and Anthony Thompson may get his first start of the year.

Donegal v Cork will be LIVE from Croke Park on Highland Sunday Sport from 1.45pm in association with Brian Mc Cormick's Sports and Leisure.