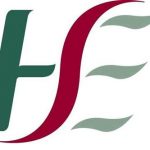 The HSE says its report on the flooding at Letterkenny General Hospital is in the final stages of due process, and will be completed in the coming weeks.

Once HSE Estates has completed the report in the coming weeks it will be sent to the Saolta Group which commissioned the document.

According to the HSE, the report will then be given to the Letterkenny General Hospital Rebuild Steering Group, and published shortly thereafter.

Earlier this week, Donegal Councillor Dessie Shiels claimed the delay in publishing the HSE report was linked to the recent completion of a planners' report which found there was pre-existing knowkedge of the flood risk.