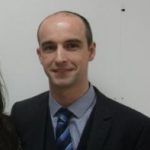 A Donegal Councillor says a report prepared by council planners shows that the blame for flooding at Letterkenny General Hospital in 2013 and 2014 lies at the door of the HSE.

Cllr Dessie Shiels says there was pre-existing knowledge of flood risks at the hospital which were not acted upon, and the report clearly shows that the first flood affecting the new building in July 2013 was a repeat mirror incident of a flood which occurred in 2009 during the actual construction of the new building.

This, he claims, was ignored, and by not acting on what happened in 2009, the disastrous July 2013 flood was allowed to happen.

It has always been my position that the HSE did not take proper steps to alleviate flood risks which consequently failed to prevent the 2 major floods occurring in July 2013 and then again last year in August 2014. There was pre-existing knowledge of flood risks at the hospital which were not acted upon. Quite apart from that, the report at the second and third paragraphs of the summary on page 13 shows that the first flood affecting the new building in July 2013 was a repeat mirror incident of a flood which occurred in 2009 during the actual construction of the new building. In other words what happened in July 2013 had happened before in 2009 but the risk was ignored thus leading to the July 2013 flood being allowed to happen. In other words the HSE knew there was a problem in 2009 but by not acting on it allowed the disastrous July 2013 flood to happen. Basically in both 2009 and July 2013 the culvert pipe was blocked and water could not get away and instead flooded the hospital site.
It is also the case as identified at page 34 of the report that the HSE did not take sufficient steps to stop storm water entering the site from the public road (which subsequently was a serious problem during the second major flood in August 2014)
Even if one were to forgive the mistakes made that led to the first flood of the new building in July 2013, this report now establishes that the HSE ignored the Councils concerns raised with the HSE in 2013 after the first flood and did not act upon those concerns, a failing on the part of the HSE which almost certainly could have prevented the 2014 flood.
The report at pages 24-33 documents the fact that when the HSE applied for planning permission in 2013 after the July 2013 flood for a new pipe structure, Donegal County Council planners and roads engineers made it clear that the 2013 planning application was not properly dealing with all of the flood risks which existed above the hospital. However they were ignored and the HSE engineers Tobins replied saying that they were only contracted by the HSE to deal with the design and installation of an overflow pipe and "it was not their remit to address potential flooding around the remainder of the hospital", in other words they declined to deal with the other flooding risks identified by Donegal County Council planners.
What this establishes clearly is that Council planners were ignored in 2013 when they raised additional flood risks with the HSE. These identified risks then materialised in August 2014 when the second flood occurred.
This report establishes clearly that the HSE fid not comply with planning conditions for the new A&E building at Letterkenny General Hospital which might have prevented the first major flood in July 2013 and then even after the first major flood had occurred in July 2013, the HSE ignored warnings from Donegal County Council planners about the risks of further serious flooding which in the event then allowed the second flood to occur in August 2014.
I  am shocked and appalled at how the HSE have behaved in relation to the Letterkenny Hospital site which has allowed 2 major floods to occur. This is wholly unacceptable and I will now be writing to the Minister for Health calling for a full explanation of why the HSE acted in this way and requesting that he hold those responsible to account.
LGH Flood Report for Members March 2015