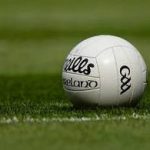 After Sunday's battle in Ballybofey the counties of Donegal and Tyrone turn their focus to reaching the provincial u21 final.

Last years beaten finalists Donegal go up against Monaghan  at Healy Park Omagh and Tyrone take on Armagh at Brewster Park in Enniskillen.

Ciaran Gillespie, Lorcan Connor, Darach O'Connor and Willie Gillespie are doubts for Donegal heading into the last four tie against the Farney county.

Connor's has a knee injury, the other three have problems with their hamstrings

Both games will throw-in at 8 o'clock.

There'll be live updates tonight on Highland from Donegal and Monaghan from the throw in time.