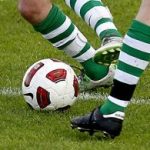 The two sides will be bidding the claim the silverware after impressive runs to the final.

Neither side knows the other well as they operated in different divisions this year. Derry City finished second in the Northern Section while UCD are still competing to claim a top four spot in the Southern Section.

Derry City boss John Quigg has an excellent track record of producing young talent for the Candystripes and would love to see his latest crop claim a trophy.

“We’ve done great this season. We have just been beaten once. Draws have cost us the title in the Northern Section but the top five teams in our division was basically a kick of a ball between a lot the teams," he said.

“We know UCD play good football and are steeped in tradition at this level. With the scholarship system they attract good players and we know that they’re strong.

“We have one injury, Joe McIntyre pulled hamstring on Saturday. George Kelly made his first team debut against Dundalk. Four or five were on the bench for Peter Hutton in recent games. We’ll have them all involved so we'll be at our strongest.

“Winning the cup would be just reward for the lads who’ve been travelling up and down the country. I’m hoping that we’ll have three or four of them becoming first team regulars. We’ve had Ryan Curran, Michael Duffy and Ryan McBride progress from our set-up in the past.

“Patrick McClean has done really well at centre-back. He’s been involved in Ireland U18 squads. He’s a leftie like his brother James and if he does half as well as his brother then Derry City will have another very good player on their hands.”