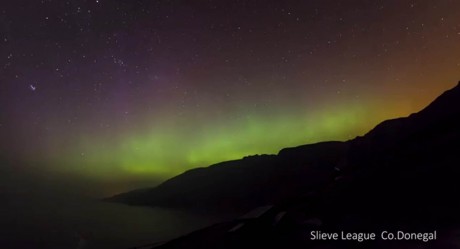 Donegal photographer Noel Keating has released a powerful video detailing his struggle to capture the beautiful aurora borealis off the Donegal coast.

Noel chose the Slieve League cliffs - the highest cliffs in Ireland - as an amazing backdrop for his video.

In his efforts to capture the perfect shot Noel had to endure freezing nights, loneliness and a broken camera, but he never gave up and his efforts were totally worth it.