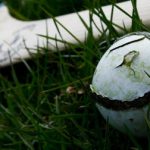 The Donegal hurlers lost 2-13 to 1-11 in their Allianz National Hurling League Division 2B play-off with Mayo in Carrick-on-Shannon.

Boosted by a Ronan McDermott goal, Donegal led at one stage in the first half but then went in three points down at the break.

In the second half, Mayo had the edge and a Padraig Flynn goal put them on the way to victory.

For Donegal manager Ray Durack it was a case of more disappointment, although he knows he still has players to come back...

November 29, 2021
68 people in the North West are waiting on a hospital bed today. Letterkenny University Hospital is the second most overcrowded hospital in the country...