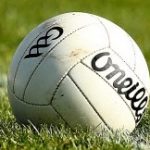 Donegal's Coláiste na Carraige were beaten in the semi-final of the All Ireland Schools B Championship.
They led 1-4 to 0-1 against Abbey CBS of Tipperary in a competitive encounter playerd in Cusack Park in Mullingar.

The south-west Donegal team then led 0-6 to 0-3 at one stage but the Munster team came back strongly to win by one point.