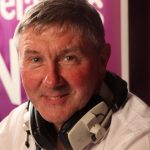 It's the penultimate weekend of games in the National Football League and come Sunday two of the three north west counties will be facing the drop from Division 1.

Donegal and Tyrone head into their clash on Sunday in Ballybofey knowing that whoever wins at MacCumhaill Park will almost certainly be safe in the division and  the loser will be very much up against it to avoid the drop.

While defeat to Dublin on Saturday night at Croke Park and Brian Mc Iver's Derry side will be relegated to Division 2 for next year.

With so much at stake in the Donegal Tyrone game - Highland's GAA Analyst Martin Mc Hugh is expecting a tough tight and dogged game on Sunday.......