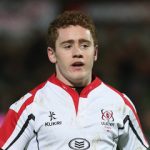 Paddy Jackson and Stuart Olding have been named in the Ulster side to face Cardiff Blues at Kingspan Stadium tomorrow.

Jackson is named at outhalf with Olding selected alongside him at inside centre after both players have recovered from long-standing elbow injuries.

They are the only changes to the starting side that lost to Newport Gwent Dragons at Rodney Parade three weeks ago.