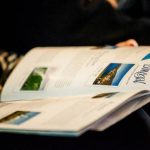 The Chairman of Donegal County Council says he believes a tourism promotion trip to Glasgow will pay dividends, particularly as the strength of sterling offers very good value to UK visitors.

Lord Provost Sadie Docherty, whose family roots are in the west of the county, hosted a delegation from Donegal Tourism at which the county's 2015 brochure was launched.

Cllr John Campbell says the launch last evening was a productive one, and it is being backed up with an exhibition stand at one of G;asgow's busiest shopping centres today.