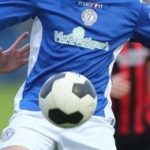 Cobh Ramblers are the visitors to Finn Park on Friday evening as Finn Harps hope to extend their unbeaten league start to the season to four games.

Cobh, shocked by the resignation of manager Martin Cambridge so early in the season after last Saturday’s 4-1 defeat against Wexford Youths, will arrive at Finn Park having suffered defeats in each of their opening three league games.

Harps will go into the game as favourites having picked up seven points from their opening three games and have yet to concede a goal in league action this season.

On the team front for Harps, Packie Mailey remains sidelined, while Ruairi Keating – who hit two goals against Cabinteely in Harps’ last home game – is a doubt.

The two clubs have met on ten occasions in the last two seasons since Cobh returned to senior football in 2013 after a four season absence. Harps hold the upper hand from those meetings having lost on only two occasions – both times in St. Colmans Park. Although Cobh have held Harps scoreless in each of the last two meetings between the sides, the previous eight games had seen Harps hit the back of the net 22 times including five in the Finn Park meeting between the sides twelve months ago.