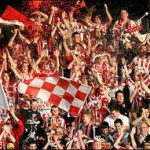 Pats scored their first goal in the 35th minute, Greg Bolger may have bagged one of the goals of the year.

He spotted Derry keeper Gerard Doherty off his line and stuck the ball in the net from an incredible 45 yards out just inside the Derry half.

The points for the Dublin side were sealed with 8 minutes left on the clock, Morgan Langley headed in a free kick to scored the home side's second.

In their three away games so far Derry have won one, drawn one and now lost one.

Elsewhere, Dundalk opened-up a two-point lead at the top.

The defending champions continued their perfect start to the new season as they beat Bohemians 3-0 in their top-of-the-table clash at Dalymount Park.

Shamrock Rovers are now up to second after a 2-1 win over Sligo Rovers at the Showgrounds.

Cork City beat Galway United 2-0 ,Longford Town beat Bray 2-0, while 10-man Drogheda United fought-back from a goal down to claim a 1-all draw against Limerick at United Park.