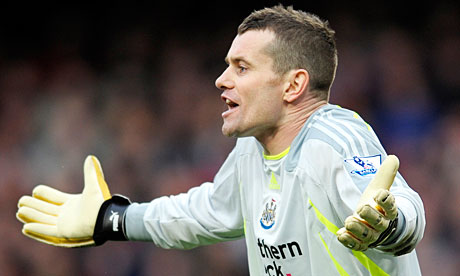 Goalkeeper Shay Given could be back in the Republic of Ireland jersey for the Euro 2016 qualifier against Poland at the Aviva Stadium on Sunday.

Manager Martin O’Neill is remaining tight-lipped on his line up, with plenty of positions up for grabs.

David Forde, the Republic’s regular goalkeeper under O’Neill, plays with struggling Millwall, and is under pressure from Given who has had a number of fine performances recently for Aston Villa.

Lifford man Given’s last competitive game was in Poznan against Italy in Euro 2012.