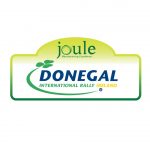 A new sponsor has been confirmed for the Donegal International Rally.

‘Joule’ which is one of the country’s leading manufacturer and designers of energy efficient heat water cylinders and solar heating systems has agreed to sponsor the rally for the next three years.

The value of the sponsorship deal has not been disclosed but Joule said it’s making a considerable investment in its brand awareness in Ireland.

The sponsorship announcement was made at rally school Ireland in Scotstown in County Monaghan.

Over 180 drivers from all over Ireland and the UK will participate in the Joule Donegal international rally which will take place from the 19th to the 21st June.

It is estimated the rally, which is the only three day rally event in the country, is worth up to 25 million to the local economy in Donegal.

Head of Sport, Oisin Kelly  has been speaking to CEO of 'Joule' Ian Barrett on what is so attractive about Donegal for this major event.

Former winner, Rory Kennedy says it's a huge boost for the rally: