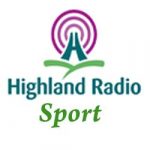 In our gaelic games preview Tom Comack looks forward to the opening weekend of the All County Leagues in Donegal with James McHugh of Kilcar.

And he’ll be speaking with Derry hurling manager Tom McClean about Division 2B of the National Hurling League.

In rugby, we’ll keep you up to date with all the action in the Six Nations Championship.

In soccer, we’ll have updates and reports from the big games cross-channel, plus keeping an eye on the local scene and Letterkenny Rovers big game in the FAI Youth Cup.

Finn Harps boss Ollie Horgan will give his thoughts on Harps great away win in Waterford.

In Motorsport the Donegal Forestry Rally is on.

This, plus much, much more as it happens, locally, nationally and internationally from 2.00 – 6.00 pm