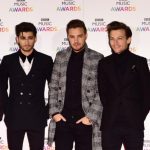 The odds of a One Direction split have been cut in half as Zayn Malik quit the boyband’s world tour after being “signed off with stress”.

The 22-year-old singer is set to return home to the UK but it is not known when he will arrive and his bandmates – Niall Horan, Liam Payne, Harry Styles and Louis Tomlinson – have not explicitly referred to the controversy on social media.

Only Liam has tweeted.
Zayn’s break comes after he was forced to defend himself online and declare his love for fiancee Perrie Edwards after pictures emerged of him apparently close to another woman.

A spokesman for the band said: “Zayn has been signed off with stress and is flying back to the UK to recuperate. The band wish him well and will continue with their performances in Manila and Jakarta.”
Bookmaker Coral has slashed the odds on One Direction splitting up this year and said they have witnessed a flood of bets on the five-piece calling it a day, slashing the odds to 3/1 from 6/1.

A Coral spokeswoman said: “The latest scandal surrounding Zayn has sent the betting into meltdown and the odds on the group going in different directions have been cut in half.”

A day before the announcement, Zayn, whose fiancee is a member of girl band Little Mix, told his 14.1 million Twitter followers: “I’m 22 years old … I love a girl named Perrie Edwards. And there’s a lot of jealous f***s in this world I’m sorry for what it looks like x.”

A picture, which has been widely shared and published online, showed the heartthrob with his arm around the bare stomach of a woman in a cropped top.
Zayn was with a girl name Lauren, yesterday at Phuket.. Don't worry, she's just a fan!
he band, who performed in Hong Kong on March 18, are due to play gigs in Manila and Jakarta before moving on to play three gigs in South Africa next week.
It was reported that Zayn and bandmate Louis could face fines of thousands of pounds if they are caught using or promoting illegal drugs during the concert in the Philippines.

The country’s Bureau of Immigration said the pair had been asked to post bonds of more than £3,000 each which will be forfeited if they fall foul of the regulations.

Both singers featured in a video, widely reported on last year, in which they shown allegedly smoking cannabis and joking about drug use.