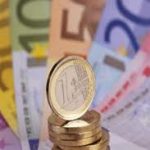 Figures published this morning by the CSO show that people in Donegal had an average disposable income of 15,921 euro in 2012, down 321 euro on the previous year.

In previous years, Donegal has had the lowest disposal income in the state, but this year, that mantle goes to Monaghan, with an average income of 63 euro less.

The Donegal figure is almost 3,500 euro below the national average of 19,468, and substantially under the figure for Dublin, which was just over 22,000 euro.