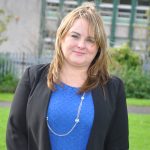 Police in Derry say two men have been "badly beaten" in a paramilitary-style attack in the Galliagh area.

The men were beaten with iron bars and baseball bats in a flat at Ederowen Park, sustaining injuries to their heads, arms and legs.

Police have described the attack as "brutal" and "horrendous".

Local Cllr Sandra Duffy says there is no place for such attacks....