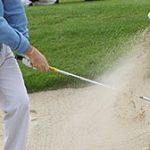 The European Tour have announced Dubai Duty Free as the title sponsor of the 2015 Irish Open Hosted by The Rory Foundation.

Taking place at Royal County Down Golf Club from May 28 – 31, the Dubai Duty Free Irish Open Hosted by the Rory Foundation will see World Number One Rory McIlroy play the role of tournament host on behalf of his charitable foundation.