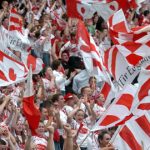 Ahead of their match-up against Cork on Sunday, the Tyrone footballers have made three changes from the side that that drew with Dublin at Croke Park last weekend.

Corner-back Dwayne Quinn makes his League debut after being named in place of the injured Cathal McCarron.

Ryan McKenna and Connor McAliskey are brought into the forwards instead of Barry Tierney and Cathal McShane.

In the only change from their win over Kerry, Cork have given goalkeeper Micheal Martin a chance to impress in Omagh.