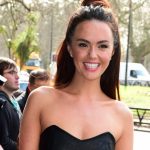 Hollyoaks star Jennifer Metcalfe has confessed she never thought she would be able to keep the secret that Mercedes McQueen was still alive.

The leopard-print loving McQueen sister was thought to have left the Channel 4 soap for good last year when she was seen being stabbed. But she made a shock return last month when it was revealed Mercedes was alive and living in France.

Jennifer said: “It was really hard. I said to the producers, I’ll try and keep it a secret as long as I can, but I’m the worst liar in the world.
“But it turns out I’m a really good liar. I just lied my way through it all!”

She added: “I haven’t been back filming yet. I had one scene yesterday, got in, all dolled up, and it got cancelled. So I’m yet to go back [officially].”

And Jennifer wants Mercedes to get back with Trevor, and hopes she doesn’t change her scheming ways any time soon.