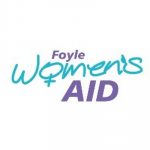 The head of a women's aid group in Derry claims 'kangaroo courts' are still used to deal with domestic and sexual violence in some communities of Northern Ireland.

Marie Browne was speaking after a 40 year old Louth man spoke out last night about his alleged rape by an IRA member in the 1990s, and how he had to face an IRA court in 2002.

Paudie McGahon has said he was inspired by the decision of Mairia Cahill to tell her story last year.

Marie Browne is the Director of Foyle Women's Aid - she says the courts do no good for victims..........