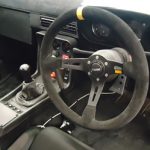 Niall Maguire and Enda Sherry in a Subaru Impreza WRC won the Mayo Stages Rally with a minute and eight seconds to spare over Frank Wray and Kieran McGrath in another Subaru.

Ogier now extends his lead at the top of the WRC Drivers’ Standings to 34 points after three rounds.

Elfyn Evans matched his career-best fourth in a Ford Fiesta RS after a clean run.

Kris Meeke, Hayden Paddon, Robert Kubica, Benito Guerra, Lorenzo Bertelli and Ott Tänak all had crashes. Tänak’s accident was the most serious as the Estonian and co-driver Raigo Mõlder plunged into a lake.