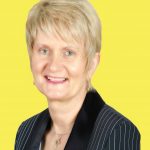 Department of Agriculture inspections are designating some marginal land as ineligible.

Midland North West MEP Marian Harkin says this is being done in some areas without properly defined standards, and with no regard to the flexibility which is built into the EU legislation.

She says as a result of destocking in the 1990s, many farmers lost out on payments, and the risk is as CLAR is implemented and new EU rules come into force, that could happen again.

Ms Harkin says this has been a particular problem in Connemara, but warns that Donegal could be next...........