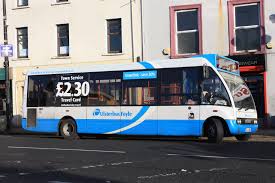 It's being claimed that Translink are planning to cut a number of services in Strabane and Omagh.

It's understood that a number of services connecting to rural areas in West Tyrone will be cut by Translink after meeting took place last week.

The company have said that only services that are rarely used will be cut and a public consultation will now take place.