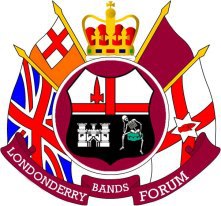 Loyalist bandsmen are to take part in the Sinn Fein Ard Fheis for the first time.

The Loyalist Londonderry Bands Forum is to make a presentation during a fringe event at the annual conference in Derry this weekend.

The two-day Ard Fheis is being held in the Millennium Forum.

It is only the second time Sinn Fein's annual conference has been held in Northern Ireland. In 2011, the Rev David Latimer, a former army chaplain from Derry who served in Afghanistan, was guest speaker when it was held in Belfast's Waterfront Hall.

The bandsmen are expected to highlight the educational underachievement among young working-class protestant men.

The decision to participate in the Ard Fheis was taken after two months of deliberation and separate meetings with Education Minister John O'Dowd as well as Culture Minister Caral Ni Chuilin.