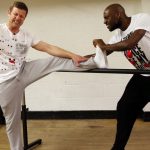 X Factor host Dermot O’Leary has admitted that “reality has set in” over his 24-hour dance marathon for Comic Relief.

The TV host, 41, will begin his moves at BBC Broadcasting House in London before finishing his challenge by dancing down Regent Street and into the London Palladium, where his efforts will be screened on live TV.

“Initially, I thought it sounded like a lot of fun, but two weeks ago, reality set in and it started to sound like an endurance test,” he said.

“No one’s really done it before, so it’s hard to train for, but at the moment I’m doing a combination of running and dance lessons for about eight hours a week. I’m in a perpetual state of lactic acid coursing through my veins.”

He added: “I’m determined to keep moving non-stop – though I’ve requested lots of indie, shoe-gazing music to make sure I can slow it down a bit. And if I’m not actually dancing, I’ll be seat dancing!”