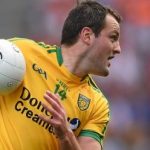 Martin Mc Hugh has called on referees to give Michael Murphy more protection after his sending off in yesterday’s win over Cork.

Once again the Donegal Captain was targeted from the start of the game and the officials missed a number of incidents where Murphy was getting unfair treatment off and at times on the ball.

His frustrations then showed and he was served two yellow cards.