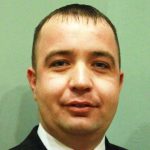 The Madams Bank Road in Derry was closed for a time after a DOE gritter lorry was stopped by masked men at around 6 o'clock this morning and the driver ordered to take a package to Strand Road PSNI station. The road was reopened shortly after 8 o'clock.

This is the second incident of this nature to take place in Derry in the last 48 hours after an NIE van was burnt out and a driver given a similar order in Rinmore Drive on Wednesday night.

Cllr Brian Tierney says it's unacceptable that those providing essential services to local people are being threatened, intimidated and attacked in this way.

He says the concern now is that drivers will refuse to go into certain areas because of security concerns......