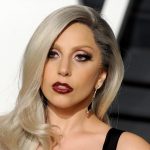 The pop star, who recently wowed an audience with her performance at the Oscars, will join the fifth series of the hit FX show, which returns in October.
Gaga tweeted a horror flick-inspired video of herself in a mask to tell her fans about her appearance, saying that the series would be called American Horror Story: Hotel.
he 28-year-old Grammy-winning singer starred in the 2013 action-comedy film Machete Kills.

Gaga, who is set to tour with Tony Bennett later this year, earned rave reviews for her Sound of Music medley at the Academy Awards.